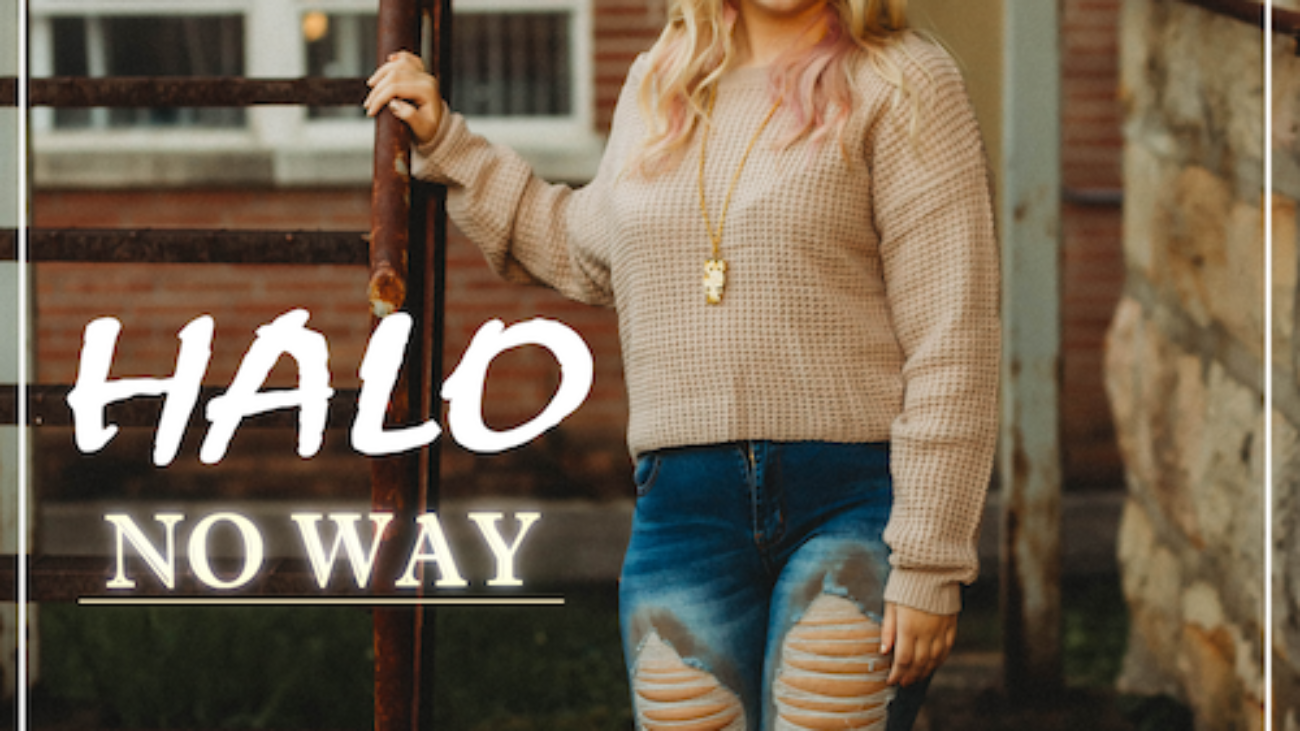 “No Way” available everywhere digital music is streamed on February 19 or at linktr.ee/Halomusic

NASHVILLE, Tenn. – Emerging pop country singer-songwriter Hailey Newman – also known by her performance name of HALO – is ready to break new ground with her crossover pop country song “No Way,” available everywhere digitally (linktr.ee/Halomusic) on February 19. She released the song’s video today on her YouTube channel, which was shot at the historic Roy Barberi Theatre in Nashville by Carl Diebold. Hailey co-wrote the new tune with songwriter and producer Doug Kahan (Trick Pony, Jon Pardi, Clay Walker), who recorded the song in his private studio in Nashville. “No Way” is Hailey’s sixth release from her growing catalog of songs with similar themes, which she began releasing last year.

“This song is basically about self-empowerment,” said Hailey. “It’s about letting someone know that they have no power over you, and that you are your own person. I will always be me no matter what, and that will always be good enough.”

Hailing from just outside of Prestonsburg in Eastern Kentucky near the famous Country Music Highway corridor – a region of Appalachia which has spawned the careers of many iconic Country, Bluegrass and Americana artists – Hailey seeks to lay foundation as one of the first crossover pop artists coming from the region. However, like most artists and people who call Appalachia home, Hailey possesses a strong sense of family, music, culture and that small town, tight-knit sense of community the area is known for.

“My parents always encouraged me to just go for what I want in life, and were always very supportive of me and my pursuit to becoming a singer-songwriter,” Hailey explains. “My cousin is a comedian, who also plays guitar, but other than that, I’m basically starting my own little musical revolution on my side of the family,” she says with a smile.

About HALO:
Pop-rock country singer-songwriter Hailey Newman, also known as HALO, is from a quaint mountain town in Eastern Kentucky just outside of Prestonsburg. She first realized her desire to become a singer-songwriter after giving a rousing performance of Miranda Lambert’s “Mama’s Broken Heart” during her Middle School talent show in 2015. Shortly thereafter her first public performances came during an open mic showcase called Front Porch Pickin at the Mountain Arts Center in Prestonsburg. Always aspiring to be like other strong-willed women in music such as Carrie Underwood and Miranda Lambert, Hailey is breaking ground with her own music now, having released five singles independently in 2020. She is now writing with veteran Nashville songwriters Doug Kahan and Holly Lamar, along with native Texan songwriter Drew Womack. 2021 will bring more new music with a series of new singles which continues to build upon her firm foundation of turning her own life’s stories into music that her fans can relate to, and draw strength from.