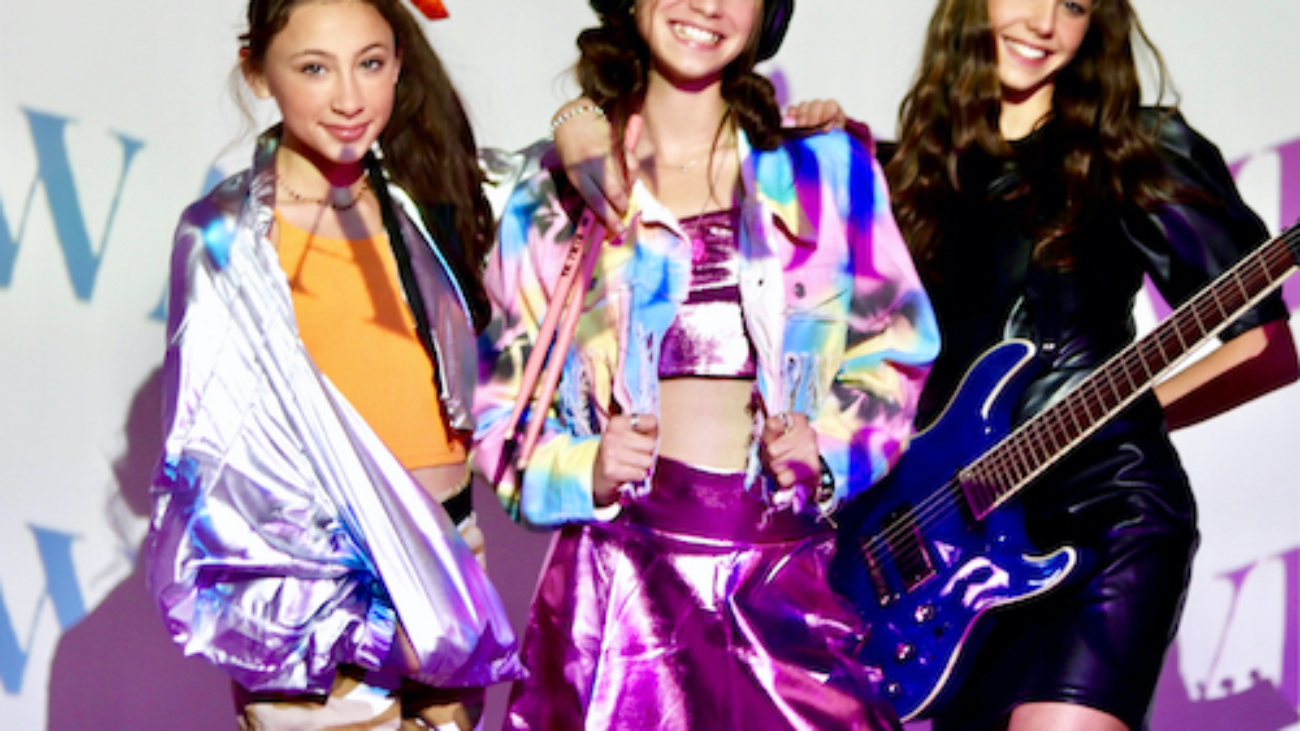 “These tween sensations have formulated a pop-rock sound that is just as infectious as it is fun—the perfect feel-good music.”
– Tara Low, Editor-In-Chief, Guitar Girl Magazine

“We love working with Hello Sister for their uplifting and positive message and can’t wait to spread the love with this exciting new release!”
– Girls’ Life Magazine

ORLANDO, Fla. – Multi-talented teenage pop rock n’ roll band Hello Sister is a dynamic trio of sisters from Orlando, Florida who are unleashing their “Wave Of LOVE” just in time for Valentine’s Day. This fresh and new energetic pop anthem exclusively premiered today by Guitar Girl Magazine, where fans can get a first listen now at [insert GGM link]. The song officially drops on all major digital music and streaming platforms beginning on Friday, Feb. 12 and can be pre-saved at cmg.ffm.to/waveoflove.

“We are so excited to release our new original song ‘Wave of LOVE’,” said Grace Mason! “This song is about faith and love and always trying to be positive.”

The song was actually written more than 20 years ago by Tim Mason, Hello Sister’s father and accomplished songwriter who has been instrumental in the Hello Sisters’ development as songwriters and dynamic live performers.

“We are so proud to have been able to remake and sing this song that was written by our Dad many years ago,” said Hello Sister’s drummer, Scarlett Mason.

Girls’ Life Magazine will also exclusively premiere the song’s equally spirited and uplifting video, which debuts Friday, Feb. 12 at GirlsLife.com, and on Hello Sister’s YouTube Channel. Shot in Hello Sister’s hometown of Orlando by Josh Kappers, the video visually brings the song’s message to life, with Hello Sister’s charismatic nature on full display as they rock out their positive vibes into their fans’ lives.

“Right now the world is hurting and we wanted to bring a ‘wave of LOVE’ to everyone who may be struggling,” added Gabriella Mason. “With our lyrics ‘one smile can change everything’ and ‘let’s ride this wave of love’ we wanted to spread lots of happiness and fun! What’s your #WaveofLOVE?” 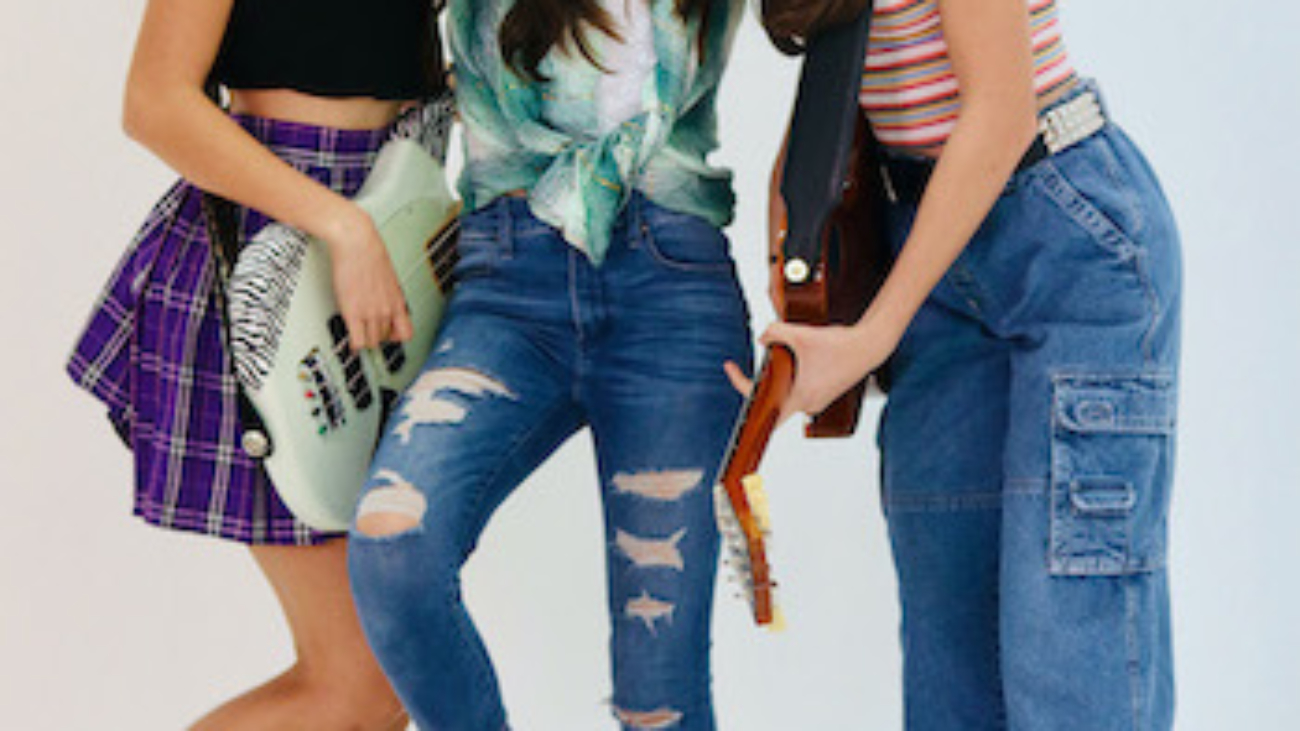 Launched in 2015 and based in Los Angeles, Create Music Group is revolutionizing the way the music business works through support and data tools for independent artists. Recently landing at #2 on Inc. Magazine’s Inc. 5000 List of the fastest growing independent companies of 2020, Create will oversee Hello Sister’s digital royalty collection and new music distribution services to more than 100 DSPs including Spotify, Apple Music, Amazon Music and more.

“We are so pleased to welcome Hello Sister to the CMG Family,” said Dara Buttafuoco of Create Music Group. “Hello Sister is a truly talented pop rock band, and we’re excited to work with them on their growing YouTube Channel and upcoming musical releases. Our team looks forward to what’s in store for our partnership!”

About Create Music Group:
We are Create Music Group, a data-driven music and technology company focused on empowering artists and labels. At CMG, we believe in taking an Artist-First approach. We provide white glove services that foster an ecosystem to support you and your team while allowing you to maintain ownership of your content.

We maximize opportunities to monetize content across all platforms, provide access to proprietary technology that transparently allows you to track earnings in real-time, and offer premier label services – all without comprising ownership or creativity. 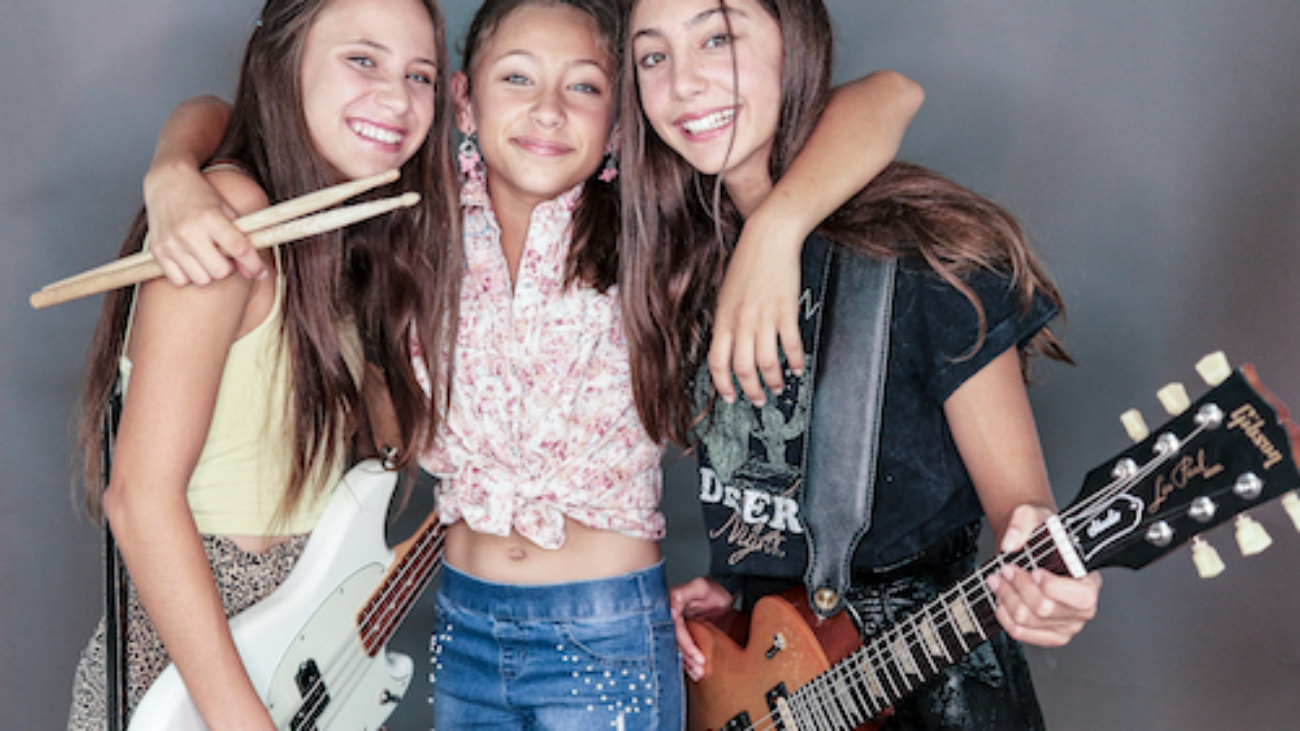 Plus, a guest appearance on Starlight Children’s Foundation upcoming live-streamed show with Captain Starlight on Friday, Nov. 20 at 10pm ET (U.S) at Facebook.com/StarlightAustralia

“We are super excited to take part in these awesome streamed events for such worthy causes,” said Grace Mason. “We feel it’s important to take every opportunity we can to give back with our music. We love making people around the world smile, so this is a win-win for everyone!”

Launched October 23, Hovid Povid, based on the children’s story Hocus Pocus (bit.ly/HovidPovid) is a crowd-funded fan film created during the Halloween season of 2020 which Hello Sister makes a cameo in. To keep the Trick-or-Treat for UNICEF annual fundraiser [click to view or give] safely produced during the COVID-19 pandemic, the final production resulted in fans and creators from all around the world recreating the entire film without stepping foot in the same room.

On Saturday, November 7, Hello Sister will be one of the featured performers for the Unlock Virtual Festival (UnlockFestival.co.uk) which aids The Prince’s Trust ‘Million Makers.’ Organized by NBCUniversal International (NBCUI), the Unlock Virtual Festival launched its first series of performances on Saturday, October 17. Hello Sister joins more than 250 musical artists, comedians and other influencers from around the world along with show hosts Atomic Kitten Liz McClarnon, new Trinidad and Tobago ‘chilled calypso’ artist Kalpee, and CMA award winning radio and TV broadcaster, Baylen Leonar.

What: Hello Sister on Unlock Virtual Festival
When: Saturday, November 7 at 5pm ET
Where: Online, streaming via YouTube Live

Then, on Friday, November 20 they’ll officially kick off a partnership with Starlight Children’s Foundation of Australia (Starlight.org.au), where they’ll be featured guest performers on a Facebook Live streamed show which also broadcasts across the Starlight TV network in children’s hospitals throughout Australia. Along with show host Captain Starlight, Hello Sister will perform three of their original songs and play an American vs. Australian slang word game called Lost In Translation, which will surely cheer up the children in poor health throughout Australia.

What: Hello Sister with Captain Starlight on Starlight TV
When: Friday, November 20 at 10pm ET
Where: Online, streaming via Facebook Live (@StarlightAustralia)

About Hello Sister:
Hello Sister is an authentic pop rock n’ roll band driven by three siblings’ spirited chemistry and dynamic homegrown musicianship. Growing up just north of Orlando, the girls’ individual and collective love of music was inspired and encouraged by their father Tim, a former songwriter and Pop R&B artist who charted songs on Billboard in the 90’s in both Canada and Europe. Hello Sister’s musical influences are quite expansive and include everything from Johnny Cash to Taylor Swift, Keith Urban, Avril Lavigne, Shawn Mendes, Norah Jones and Kelsea Ballerini.

“It will be exciting to see where they are years from now in how they will evolve.”
— Dina de la Rocha, Radio Disney, RDU

NASHVILLE, Tenn. – Tween pop rock trio Hello Sister recently launched a pilot episode of their very own TV show, Pop Through The Decades, a reality style show hosted by the Orlando based band of sisters; Grace(14), Gabriella (13) and Scarlett (12) Mason. The sister trio’s mission is to find hit songs from the past and present to learn about the artist who made the song popular, while discovering pop culture through the decades. Setting the bar high right out the gate, Hello Sister seeks to recreate Prince’s legendary hit party anthem “1999” on the first episode.

“We picked ‘1999’ because it’s such a catchy and fun song, sung by an artist that we respect and admire so much,” said Grace.

Scarlett added, “We couldn’t help smiling, dancing and listening to this one!  Who doesn’t love Prince?”

Pop Through The Decades allows viewers a behind-the-scenes look into Hello Sister’s experiences of bringing “1999’s” musical composition to life, while being mentored by several accomplished music industry executives, including Bernard Porter of PCG Artist Development, and William Harris III of the American Academy of Dance. Even one of Prince’s former touring guitar players, Dez Dickerson, oversaw the pop rock sister band’s studio production at Latitude South Studio in Nashville. Collectively, these seasoned industry veterans work together to guide Hello Sister’s natural artistic talents, while they rock out their own version of “1999.”

Pop Through The Decades was co-created by Hello Sister’s father Tim, a former Pop R&B songwriter who charted songs on Billboard in Canada and Europe.

“Since we were really little our Dad played us all types of music, so we have always been fans of different genres,” Gabriella recalled. “Our show was inspired by our real life journey to become better musicians by playing many different kinds of music, while honoring awesome artists from the past and present.”

Hello Sister Relaunches “Summertime” Song & Video:
Hello Sister stays busy all the time! In addition to their pilot TV show, the band of sisters are re-releasing their fun and frollicking 2019 single and video for “Summertime.” The video finds the girls in the middle of Clearwater beach with friends in their home state of Florida, doing what they do best; having fun.

“This is literally our official song for fun, friendship and just celebrating the concept of living in the moment,” says Scarlett. “It was such a great experience to make this video with all our friends at the lovely Clearwater Beach!”

About Hello Sister:
Hello Sister is an authentic pop rock n’ roll band driven by three siblings’ spirited chemistry and dynamic homegrown musicianship. Growing up just north of Orlando, the girls’ individual and collective love of music was inspired and encouraged by their father Tim, a former songwriter and Pop R&B artist who charted songs on Billboard in the 90’s in both Canada and Europe. Hello Sister’s musical influences are quite expansive, and include everything from Johnny Cash to Taylor Swift, Keith Urban, Avril Lavigne, Shawn Mendes, Norah Jones and Kelsea Ballerini.