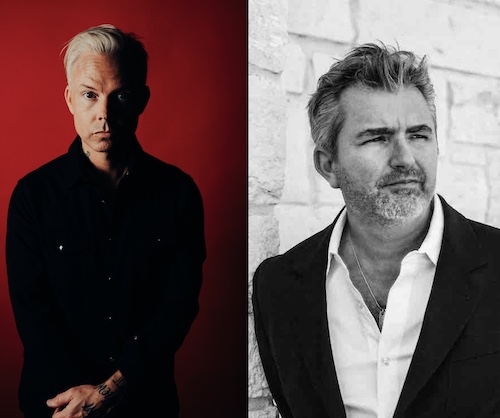 “I’m extremely excited to bring PCG Artist Development to Austin,” said Noveskey. “This city has so much incredible talent and now we have infrastructure to properly groom these artists for success.”

Adapting his operations and growth in the midst of the COVID-19 pandemic introduced a new set of challenges, but Porter has managed to overcome those hurdles, keeping both his staff and a large group of clients safely operating by transitioning to video conferencing.

Porter recently formed a partnership with Memphis-based, Visible Music College, creating a first-of-its-kind accredited curriculum which many of his developing and deserving recording artists, musicians and theatrical performers will have the opportunity to pursue. PCG At Visible (VisiblePCG.com) was co-founded between Porter and Dr. Ken Steorts, formerly of Christian rock band, Skillet. Classes for the Spring 2021 semester are set to begin on January 19 at all Visible Music College campuses in Memphis, Tennessee; Dallas, Texas; Chicago, Illinois; Redding and Atascadero, California participating.

“2020 brought many challenges and yet, tremendous clarity,” said Porter. “Considering the overwhelming blows the entertainment industry has endured, we feel especially grateful for the growth we’ve experienced at PCG. We do not take it for granted. We pray for better days for our friends and colleagues striving to make a difference in our world with their gifts and talents.”

About PCG Artist Development:
Using their customized, scientific approach, The Science Of Artist Development, PCG provides hands-on, real-world training and education with the best coaches and mentors in the music industry. PCG consists of a core office staff, and a vast network of providers who work with the most successful artists in the entertainment industry. Through years of experience and success in the industry, our staff is uniquely qualified to prescribe the services and providers you need and the wisdom to know when you need them. Our providers include award-winning producers and songwriters, social media experts and influencers, performance, vocal and instrument coaches, media trainers, publicists, hair, makeup and wardrobe stylists, photographers, videographers and so much more. With over 100 of the most sought-after coaches, mentors and service providers in the entertainment industry, PCG provides training and expertise that is second to none.

About Matt Noveskey:
Michigan-born bassist Matt Noveskey was basically tagging along when a music-biz friend working with rock band Blue October invited him on a trip to Austin, but he dropped his preconceived notions of Texas and fell in love the minute he stepped off the plane and within two weeks, he was back — as a permanent resident and Blue October member. That was in 1999. Noveskey soon formed a brotherlike bond with Blue October guitarist C.B. Hudson and as the band’s experience and fame grew, the two learned their way around many recording studios, working with producers such as Steve Lillywhite, Tim Palmer, Interscope’s Chuck Reed, Dave Castell, Patrick Leonard and Blue Miller. They also whiled away countless tour hours fantasizing about their dream studio. Meanwhile, Noveskey evolved into a sought-after producer and manager, fostering the careers of young artists and helping them reach higher levels of achievement and success.