TAMPA, Fla. – Today, Southbound 75 released their new video on YouTube for their new single “Spilled Champagne,” an upbeat country rocker which portrays the song’s somewhat laughable backstory about spending entirely too much money on a girl that is just way out of your league.

The video will premiere nationwide on The Country Network beginning Monday, October 25 at 6:10a & 12:13p ET, with encore airings throughout the week October 26-29. For broadcast methods and networks or to check your local OTA listings, visit tcncountry.net/where-to-watch.htm, or live-stream at watch.tcncountry.net/home

“Spilled Champagne” is also currently in rotation at country radio on more than 43 stations throughout the U.S., and is available for download on PlayMPE. It’s the 4th single from their highly-anticipated first full length studio album, Tales From The Black Swamp, which releases on Friday, October 29 via Bad Jeu Jeu Records (orcd.co/talesfromtheblackswamp). The new album was recorded at Omni Sound Studio in Nashville, and produced by music city hitmaker Bill McDermott (Tim McGraw, Brad Paisley, George Strait).

“…big, rollicking sound, and the kind of catchy choruses that have people singing along before they know it. It’s easy to imagine them at venues like State Fairs and outdoor music festivals.”
– Harold Fickett, Founder/Publisher, SCENES Media

About Southbound 75:
Southbound 75’s story started when Radio Promotion legend Bill Scull heard lead songwriter Mark Lorenzo’s tune “Little Breakdown” for the first time at an ASCAP demo review session. Scull, who had worked in the industry for years, including with Clive Davis, singled Lorenzo out, and signed him. Playing their first show in 2018, Southbound 75 has steadily grown a large fanbase throughout their home state of Florida, with numerous live shows from Key West to Cleveland, Ohio. On October 29, 2021, the band will release their highly anticipated debut album, Tales From The Black Swamp, produced by Nashville hit-maker Bill McDermott, and being released on Bad Jeu Jeu Records via The Orchard. The newest single from the album, “Spilled Champagne,” exclusively premiered by SCENES Media and also featured on CMT’s weekly Spotify playlist The Roundup, is an upbeat, radio-friendly country rock song with a somewhat laughable backstory about spending entirely too much money on a girl that is just way out of your league. Lorenzo’s songs have also been used on TV shows, sports programming, DVDs, Cartoons and more such as; “ESPN College Football;” “Shark” (CBS); “90210” (CW); “Threshold” (CBS); “Girlfriends” (CW) and “3lbs” on (CBS). 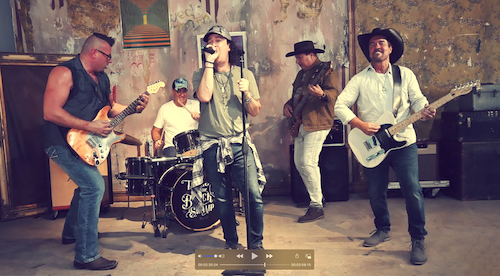 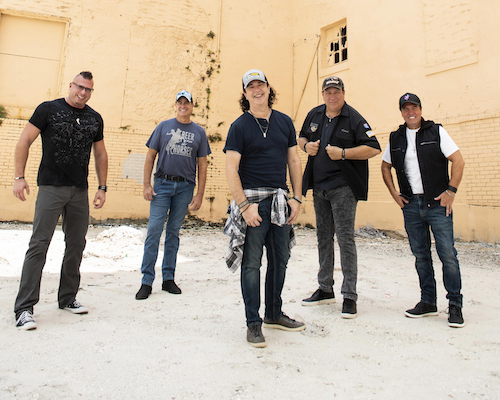