Plus, music video also set to rollout on The Country Network & The Heartland Network

NASHVILLE, Tenn. (Aug 10, 2022) – Country singer-songwriter and U.S. Marine veteran Adam Warner releases his next single “Lost In A Country Song” today, along with a new lyric video that is available everywhere now by Sunday Supper Records and The Orchard [orcd.co/wxek99x]. The song is the 3rd track from his forthcoming new album, What We’re Known For, which is set for a December 16 release.

“Lost In A Country Song” is a cheery tune that gleams with Warner’s nostalgic southern sound and which celebrates the simple joys and beauties of living the country life with the one you love most. Warner sharpens his crooning abilities on the new music video by carefully using the song’s overall message to highlight his own very special relationship with wife Megan Warner, who makes her second cameo in one of her husband’s music videos.

The new video is set to exclusively premiere by Cowboys & Indians Magazine ahead of its August 17th release date on Adam’s YouTube channel, along with nationwide airing on OTA & streaming TV networks The Country Network and The Heartland Network.

What We’re Known For is the follow-up album to Big Storm (2021), which contained fan favorites “4 Square Miles,” “That’s How You Know You’re Livin’” and “SemperFi” featuring Trace Adkins, and was exclusively premiered by American Songwriter Magazine. 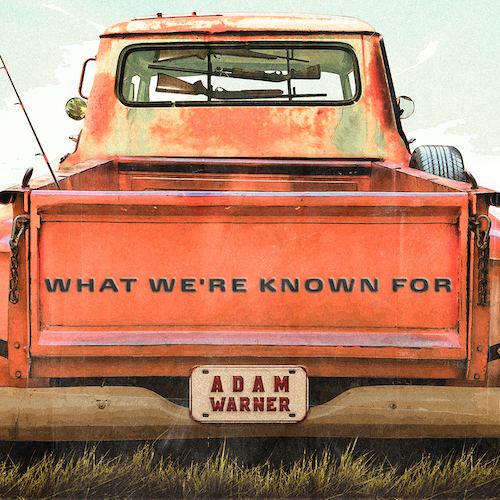