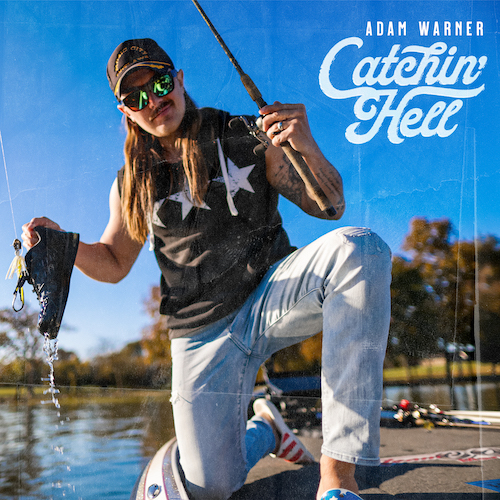 New music video partially shot at the House of Cash features a cameo by Jake Hoot, winner of The Voice season 17

Media and industry live performance showcase set for April 7 at 6pm at 3rd & Lindsley
in Nashville; RSVP to jwa@jwamedia.com or Eventbrite

“Catchin’ Hell” is Warner’s upbeat country rock ode to a favorite past-time for many country music fans including himself; fishing. The song delivers plenty of hefty guitar licks, with just the right amount of country twang to boot, and clever lyrics which glorify the natural human motive of skipping out on work for a day on the lake. Adam wrote the song on a recent songwriters retreat to his family’s farm outside of Lawrenceville, Illinois with Mark Addison Chandler, Davis Corley and Josh Gallagher.

“I’ve never been more excited to release new music before in my career,” said Warner. “I spent all of the pandemic writing songs and developing MY sound with my team, and absolutely love the direction the music is headed. Buckle up y’all!”

Veteran filmmaker Trevor George also artfully brought the song’s meaning and backstory to life, along with showcasing Warner’s love for fishing, in a new video also coming out in April. It features a special cameo by fellow Country music singer Jake Hoot, winner of The Voice season 17, who plays the role of the boss man. The opening office scene with Jake Hoot was filmed at the former House of Cash located in Hendersonville, Tennessee. The video is set to premiere in mid-April, with a release date to be announced soon, and available to network TV programmers by DMDS.

What We’re Known For will be Warner’s third full length album project, following his 2021 album Big Storm, which contained fan favorites “4 Square Miles” and “SemperFi,” and was exclusively premiered by American Songwriter.

“This whole album is like chewing a pack of big red all at once,” Warner carried on. “It’s spicy as hell!” 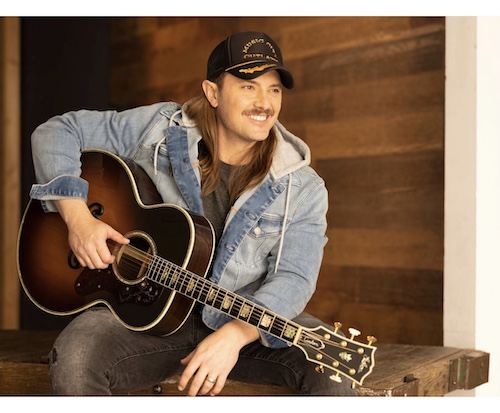