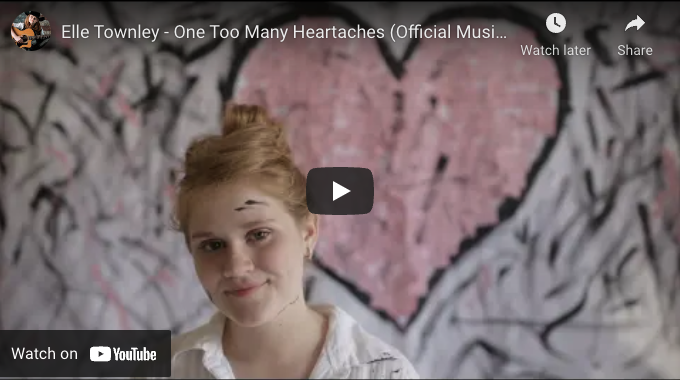 Video to exclusively premiere by The Country Network on July 11 at 7:36am & 3:07pm, along with anticipated airings TBA on The Heartland Network, Texas Country Music Network &
AIM Country TV

“One Too Many Heartaches” WAV track available to Country Radio Programmers; please make request to jwa@jwamedia.com

AUSTIN, Tex. (July 07, 2022) – Teen Texan country music singer-songwriter Elle Townley’s reputation of being a young and seemingly gifted songwriter continues to be solidified with the rollout of her new music video for “One Too Many Heartaches,” a poignant country ballad which portrays feelings of both heartbreak and empowerment.

“’One Too Many Heartaches’ was very personal for me, and it’s been really satisfying to have people tell me they relate to the hope and vulnerability I felt when I wrote it,” said Townley. “I love how music connects people, and it makes me so happy to know that I’ve touched people with my song.”

The video’s exclusive TV premiere will be on July 11 by The Country Network at 7:36am & 3:07pm ET on TCN’s streaming platforms & true to the timezone the viewer is in across all OTA TV network affiliates. Additional airings and support of the video is anticipated and TBA by The Heartland Network, TCMA’s Texas Country Music Television, AIM Country Music Television and on will also go live on Elle’s YouTube channel on July 11.

“One Too Many Heartaches” was originally released across all major digital music platforms [linktr.ee/elletownleymusic] on March 10 and was exclusively premiered by Postcards Magazine.

The 13 year old Texas teen has been writing and recording with hit-making Nashville songwriter & producer Britton Cameron (Don Williams, Jon Pardi, Dillon Carmichael) since her debut in 2021, and is currently under the direction of PCG Artist Development’s Austin division.

“I am humbled and excited to be nominated for the Texas Country Music Association’s Young Artist of the Year award,” Elle stated.  “It’s a tremendous honor and a thrill for me to be recognized alongside so many great artists, and I am very thankful for the TCMA and all they do to support independent Texas artists like me.”

About Elle Townley:
Hailing from Georgetown, Texas, Elle Townley first turned heads belting out Disney princess songs as a small child. Over the past few years she has evolved and refined her musical style to incorporate classic country influences with her own modern expressions. She has steadily built a loyal following across central Texas, performing at a variety of venues and events including the Old Settlers Music Festival and the Alvin Opry House, along with singing the national anthem for the Round Rock Express, the Austin Spurs, and an audience at the Texas State Capitol. In 2020, Elle earned a spot as a top five finalist in the Houston Rodeo Rockstar competition. Through her work with PCG Artist Development in Nashville, Elle has increasingly focused on her own songwriting. She has been collaborating with numerous veteran songwriters and producers, including Britton Cameron, Margaret Becker, Drew Womack, and Matt Noveskey. Elle released her debut single “Trouble with Trouble” in 2020, which was recorded at the legendary Orb Recording Studios in Austin, Texas and featured on The Country Network. In 2021 she released the poignant “Faireweather Friend” single. In 2022, her third single “One Too Many Heartaches” was exclusively premiered by Postcards Magazine in her native Texas, and once again demonstrates this young tween’s maturation as a country singer-songwriter. Townley was also nominated for her first major award, a finalist for Young Artist of the Year in the 2022 Texas Country Music Awards. 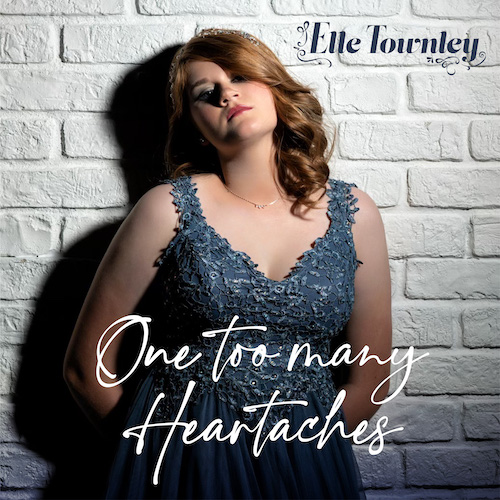 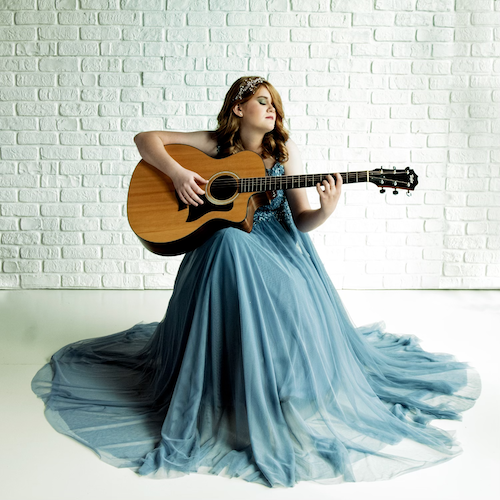