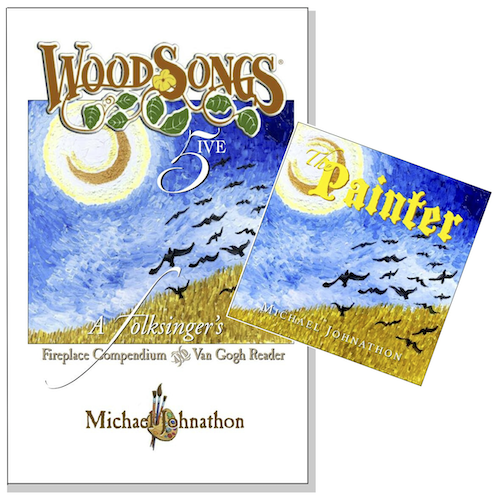 WoodSongs 5: A Folksinger’s Compendium & van Gogh Reader is a 176 page hard copy, full color book bundled with Michael Johnathon’s “The Painter” CD, and will be available January 11, 2022 at Amazon, Barnes & Nobel or at MichaelJohnathon.com

LEXINGTON, Ky. — As a follow-up to the artistic, musical journey of The Painter album, comes Michael Johnathon’s 176 page celebration of Vincent van Gogh and other artists, “WoodSongs 5: A Fireplace Compendium & Van Gogh Reader.”

WoodSongs 5 is a fun, enjoyable and intellectual journey through the world of art, music and painting. From Vincent van Gogh to Pete Seeger, da Vinci to John Denver, Michelangelo to Billie Holiday and more. The book shares the rare, seldom heard backstories of great artists at a time when creatives everywhere are struggling. A must read for everyone trying to navigate the new, digital world from the American folk singer pointing the way.

DID YOU KNOW Van Gogh tried TWICE to give away “The Starry Night” painting as gifts, and twice the receiver did not like the painting enough to accept it? That rejected painting now has an insured value of over $1BILLION US, yet at the time it was considered worthless.

DID YOU KNOW the great artistic master Michelangelo died an unknown pauper?

About Michael Johnathon:
Among the throngs of artists in the music world, few have elevated “dreaming” to such a high art form as folk singer Michael Johnathon. Born in Brooklyn, New York, and raised upstate near Beacon, Michael relocated to outside of Lexington, Kentucky in 1995. He recently won the prestigious Milner Award of the Arts in 2020, presented by Governor Andy Beshear in Kentucky. He is also the screenwriter for the upcoming Caney Creek motion picture, a touring songwriter, author of five published books, playwright of the Walden Play performed in 42 countries, composer of the opera, Woody: For the People, organizer of the national association of front porch musicians called SongFarmers, the full symphony performances of SONGS OF RURAL AMERICA and as the creator and host of the live audience broadcast of the WoodSongs Old Time Radio Hour with a radio audience of over two million listeners each week on 500 public radio stations, public television coast-to-coast, American Forces Radio Network in 173 nations and now on the RFD-TV Network nationwide.
# # #
Contacts:
Manager: Gina Mendello | showbizmanager@mac.com | (615) 333-2202
Media & PR: Jason W. Ashcraft | jwa@jwamedia.com | (615) 991-1125
Publisher: PoetMan Records | office@woodsongs.com | (859) 255-5700 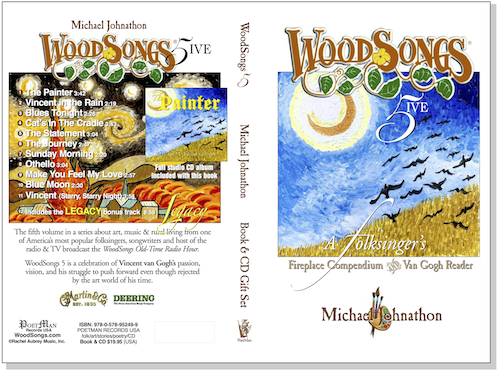