LEXINGTON, Ky. – Folk singer-songwriter Michael Johnathon kicks off his 2021 season of WoodSongs Old Time Radio Hour with the reigning Queen of Bluegrass, IBMA & GRAMMY award winner, and Grand Ole’ Opry member, Rhonda Vincent & The Rage, on August 16 at the Lyric Theater in Lexington, Kentucky. Vincent will perform new music from her album, Music Is What I See. Plus, special guest is the young Dillon Massengale and his family band as he and Rhonda are set to perform their Merle Haggard single and tell his musical story overcoming autism. Tickets for the live taping may be purchased at Tix.com.

Upcoming Woodsongs Performances:
The August 23 show welcomes Merle Monroe, a band composed of Tim Raybon and Daniel Grindstaff, who will perform their hard-driving Bill Monroe all the way to the Merle Haggard sound. Songs of a Simple Life is the band’s highly-anticipated sophomore album, which they’ll play some cuts from.

August 30 welcomes to the WoodSongs stage Linda Gail Lewis, the younger sister to living legend and musical genius, Jerry Lee Lewis. Linda was raised on the rock n’ roll piano, along with country, and grew up with a passion for music. A professional musician since the age of 15, Linda is well versed in rockabilly, rock n’ roll, and country music, she continues to share her high-octane live show with music fans around the world.

Also appearing on August 30 is Cedric Burnside, a two-time GRAMMY nominee who has proudly carried the mantle of Mississippi Hill Country blues around the world. Burnside delivers a sound birthed in his soul, but developed and perfected on the road. His newest contribution to this tradition is I Be Trying, a 13-track album treatise on life’s challenges, pleasures, and beauty.

WoodSongs airs on more than 500 radio stations worldwide, is also broadcasted on RFD-TV, and streamed WoodSongs FaceBook (@WoodSongs), and on their YouTube Channel. For additional show information and a complete list of where to listen and watch, visit WoodSongs.com 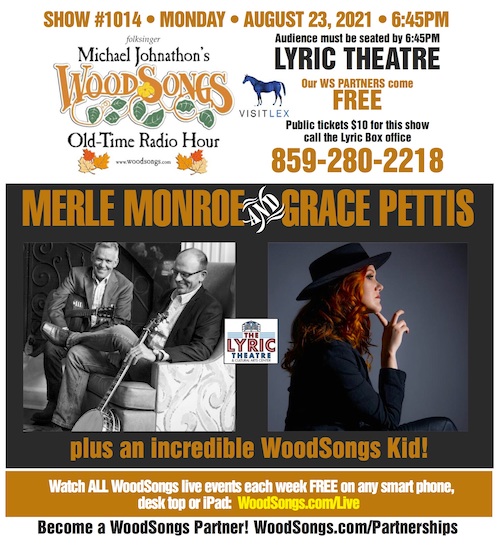 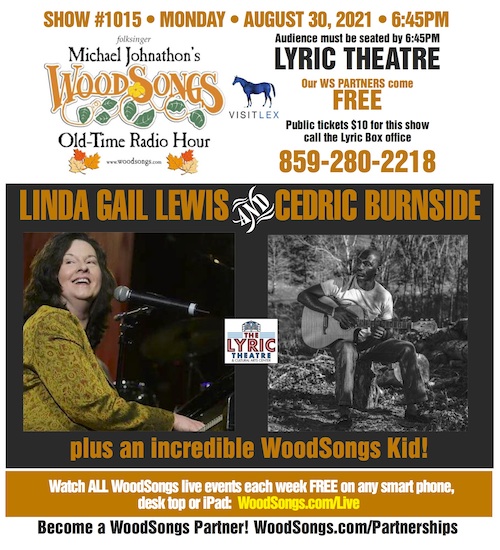