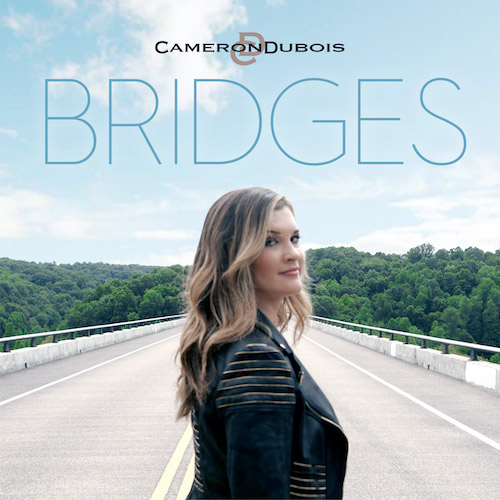 Tune-In: The Country Network will exclusively premiere video for “Bridges” on Monday, Oct. 5 at 9am ET

MONTGOMERY, Ala. – Country singer and songwriter Cameron DuBois returns with a brand new up tempo country rock song called “Bridges,” available everywhere digitally [lnkfi.re/Bridges] on Friday, October 2. Following up her summer release of “Peace,” the new tune finds DuBois confidently proclaiming the song’s primary theme about learning from your life’s past mistakes, yet continuing to move forward in spite of them.

“I really like the song’s message in ‘Bridges’ because I think it’s something we all do at some point in life,” Cameron said. “We all make mistakes, but we can also learn from them, too.”

The Montgomery Advertiser [bit.ly/2S99t9K] hosted an exclusive first listen of “Bridges” before the song’s official release on Friday, October 2. Plus, Entertainment Reporter Shannon Heupel interviews Cameron about her blossoming music career, and what’s next for the up-and-coming country songstress from Alabama.

Additionally, the brand new video for “Bridges” will exclusively premiere on The Country Network beginning Monday, October 5 at 9am ET, followed by Cameron’s official YouTube Channel [youtu.be/pISjGp6Fyuo]. Produced and directed by L.A.’s Josh Sikkema, the video finds Cameron blissfully venturing through some of her favorite and picturesque locales around and near Nashville.

“We had such a fun time putting this video together in and around the Nashville area,” Cameron said with a smile. “I think our favorite shot was at Natchez Trace Bridge in Franklin, Tennessee. Fun fact; we almost had 3 near death experiences that day! Yikes!”

About Cameron DuBois:
Cameron DuBois is an emerging country-soul-rock singer & songwriter from Montgomery, Alabama. She’s spent most of her time developing her own unique brand of sound in two prestigious American South musical destinations; Nashville and Muscle Shoals. The 27 year-old multi-talented independent artist has spent numerous hours along the muddy banks of the Tennessee River where she’s been collaborating with two of the industry’s top songwriters and producers in Michael Curtis (Randy Travis, Fleetwood Mac, Blake Shelton) and Cindy Walker. Her unique country-rock-soul hybrid sound has kept her busy performing throughout her home state of Alabama, and landed her opening performances with Thompson Square, Easton Corbin, John Michael Montgomery, Dylan Scott and Neil McCoy since 2018. She’s also released a series of singles like “The Home Place,” “Lipstick & Chrome,” “Never Love Me Back,” and “Peace” which highlight her diversity as a singer and songwriter. In September of 2020, Cameron will release her next single, “Bridges” which continues to build upon her blossoming career as an independent artist. To learn more about Cameron or for her most up-to-date tour schedule visit CameronDuBois.com.