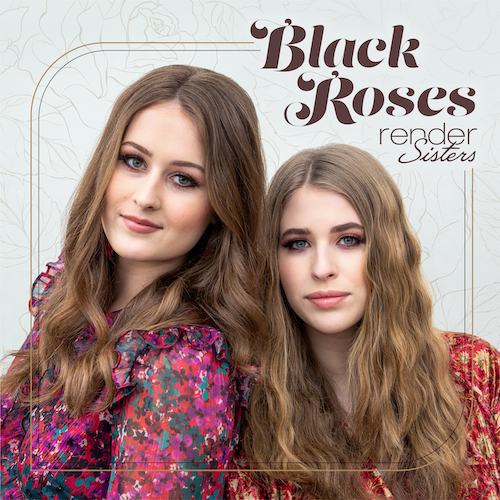 NASHVILLE, Tenn. – Pop-country duo Render Sisters from Pine Bluff, Arkansas continues to grow as up-and-coming singer-songwriters with their harmonious new upbeat single “Black Roses,” available across all major digital music platforms (linktr.ee/rendersisters) on Friday, April 2. However, fans can listen to the new tune now on their SoundCloud. Stella and Mary-Keaton Render co-wrote the song with hit-making Nashville songwriter Britton Cameron (Don Williams, Jon Pardi, Dillon Carmichael), who’s been writing with and developing the sister duo since their emergence in 2020.

“Black Roses was such a fun and unique song to write with Britton,” said Mary-Keaton. “We laughed and joked around about roses not always symbolizing true love, and how black roses demonstrate the reality of what relationships can become.”

The Renders Sisters also have a brand new video for “Black Roses” which they’ll premiere in the coming weeks. Shot in and around Nashville, the video was Directed by country music icon Pam Tillis, who has been mentoring and working with the girls on the artistic direction of their music videos since last year.

Render Sisters were also recently announced as performers for the Arkansas Country Music Awards on Monday, June 7, 2021 at the Reynolds Performance Hall on the campus of the University of Central Arkansas in Conway. They’ll be among several previously announced performers for the gala including Billy Dean, Jabe Burgess, Amy Helm, David Adam Byrnes and Maybe April, Grace Stormont, Mae Estes, Spillwater Drive and TRIPPP.

Additionally, the sister duo is up for honors in two separate categories; Young Artist Of The Year and Video Of The Year for “Lost Boy,” also directed by Pam Tillis. 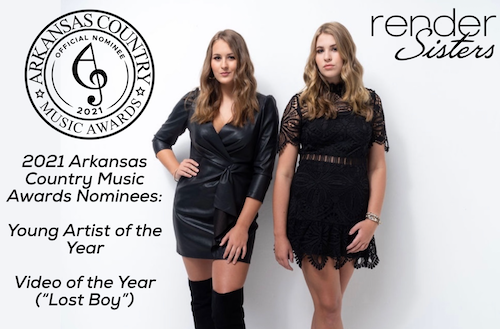