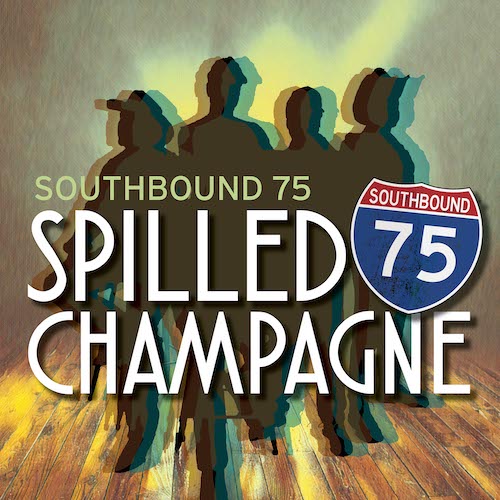 “Spilled Champagne” available everywhere digitally on Friday, May 14 at vydia.lnk.to/SpilledChampagne

Plus, new shows and concerts throughout their Florida homeland including headlining The Florida Music Expo on May 21 in St. Petersburg

TAMPA, Fla. – Alt-country rockers Southbound 75 will officially release their fourth single “Spilled Champagne” on Friday, May 14 across all digital music streaming platforms (vydia.lnk.to/SpilledChampagne). In an exclusive SCENES Media premiere fans can listen and watch the official lyric video now, along with an editorial feature. “Spilled Champagne’s” somewhat laughable backstory is about spending entirely too much money on a girl that is just way out of your league

“When we wrote the song, it started out as just a funny story,” said Lorenzo. “But as we began playing the song out live, fans started telling us about their own life experiences with similar situations. Not necessarily flying to the islands, but a few actually got to the ‘Diamonds’ stage, so that helped make the song way more authentic!”

The pushy new tune continues to build upon Southbound 75’s core rock n’ roll sound, yet still delivers a countrified punch with Lorenzo’s articulate and clever lyrics that tells a story which fans not only relate to, but easily sing along with.

About Southbound 75:
Southbound 75’s story started when Radio Promotion legend Bill Scull heard lead songwriter Mark Lorenzo’s tune “Little Breakdown” for the first time at an ASCAP demo review session. Scull, who had worked in the industry for years, including with Clive Davis, singled him out, and signed Mark to his label, EO Records. Since playing their first show in December 2018, they’ve since been named as Best New Country Band by Tampa Bay Musicians Network. This early nod of endorsement comes by way of the band’s lineup of seasoned professionals, led by singer/songwriter Mark Lorenzo, who is backed by bandmates Kevin Doris on guitar, Waylon Baker on Lead Guitar, Vance Eskesen on bass, and Gregg Giacobbe on drums. Lorenzo’s songs have been used on TV shows, sports programming, DVDs, Cartoons and more such as; “ESPN College Football;” “Shark” (CBS); “90210” (CW); “Threshold” (CBS); “Girlfriends” (CW) and “3lbs” on (CBS).