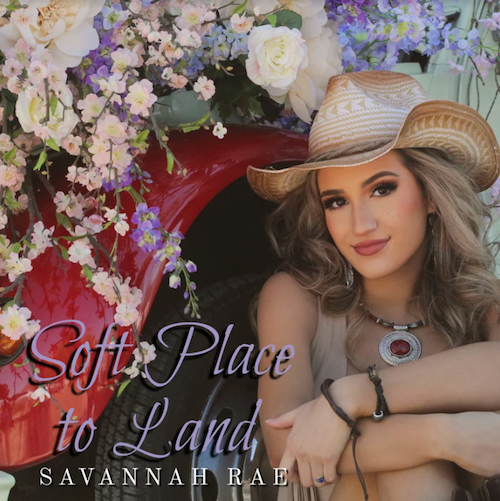 “I had an absolute blast writing this song with Britton Cameron,” said Savannah. ”We really wanted to encapsulate my feelings of not knowing where I completely belong, not having any real roots anywhere, and the crazy life that music has blessed me with.”

Although born in San Antonio and raised just outside of Austin, the aspiring young singer-songwriter felt compelled to compose a song which told the story of her free-spirited wanderlust nature, as she sings “Hello freedom goodbye chains, the open road’s my middle name…”

Savannah is also preparing to release a new concept video for the song over the next couple weeks. Shot in and around the Antique Capital of the World of Round Top, Texas, the video was produced and directed by award-winning cinematographer J. B. Lawrence. A teaser video has been posted on her YouTube channel (youtu.be/aDOvtm8NfkM).

“While I am so fortunate to be able to live the life I lead, it sometimes gets me dreaming that I will eventually find a soft place to land in the future, and I look forward to that! But for now, “‘hello freedom, goodbye chains…'”

About Savannah Rae:
Savannah Rae is an all-American country & pop rock singer-songwriter who proudly hails from San Antonio, Texas. Born into a music and arts loving family, Savannah’s own journey to becoming a fast-rising entertainer and songwriter was inspired by a trip to an Evanescence concert in 2009. Not long after that, at age 11, she was enrolled into vocal and guitar lessons at GRAMMY award winning Michael Morales’ Rockstar Academy. More recently Savannah has given performances in intimate venues around Texas, all the way to the main stage of the Texas State Fair in 2016 where she opened for Jason Aldean. She’s also made appearances on American Music Awards, and on NBC’s The Voice, along with being a brand ambassador for Boot Barn, Country Outfitter, C Force Water by Chuck Norris, and Miranda Lambert’s clothing line, Idyllwind. Throughout 2021 Savannah will release a series of new songs that she wrote with iconic Nashville songwriters Britton Cameron, Holly Lamar, and country music icon Pam Tillis. 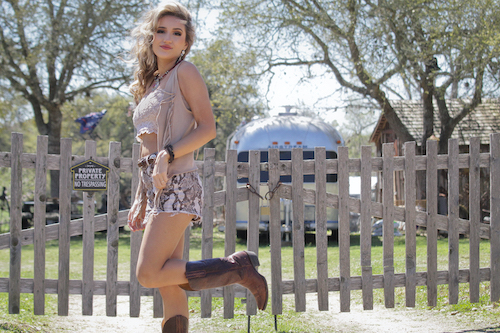 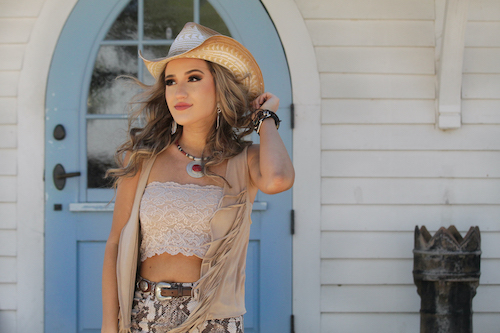