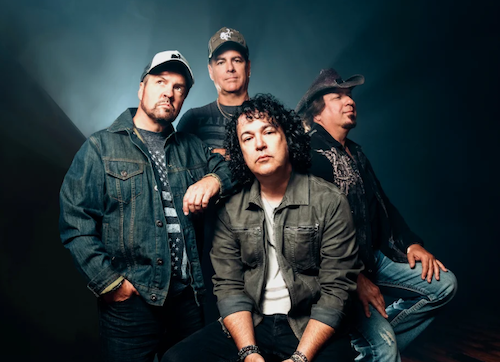 “Not Ready To Say I’m Sorry Yet” available everywhere digitally now at: southbound75.hearnow.com/not-ready-to-say-i-m-sorry-yet

“This video really captured the point of the song,” said Lorenzo. “All the metaphorical signs are pointing to exactly what he should do, but the guy just keeps only seeing what he wants.”

“Not Ready To Say I’m Sorry Yet” introduces songwriter Mark Lorenzo’s ability to craft a cleverly written song about dealing with the immediate personal feelings born out of heartbreak, an established theme at the very core of many great country & rock songs. The song is set to appear on their forthcoming debut album Tales From The Black Swamp, also produced by McDermott, due out Fall, 2020.

Southbound 75 played their first show in December 2018 and have steadily made a name for themselves, having toured throughout their home state of Florida, and throughout the Midwest. They will release their debut album, Tales From The Black Swamp, in the Fall of 2020 by Roxy Entertainment Group.